We scoured the internet to look for the lowest sodium levels in beef jerky… and it turns out—we’re it!

To answer your questions: 1) yes, this took us several hours, 2) yes, there are a ton of beef jerky brands out there, and 3) yes, we did get really hungry while doing this. But it was all worth it, because we officially take the cake!

On average, Baja Jerky contains 182mg of sodium, which equates to about 8% DV (daily value). The next best beef jerky came in at around 265mg, nearly 100mg MORE sodium per serving. Our star performers were our Salsa Fresca and Churro flavors, but all the flavors excelled against the competition. 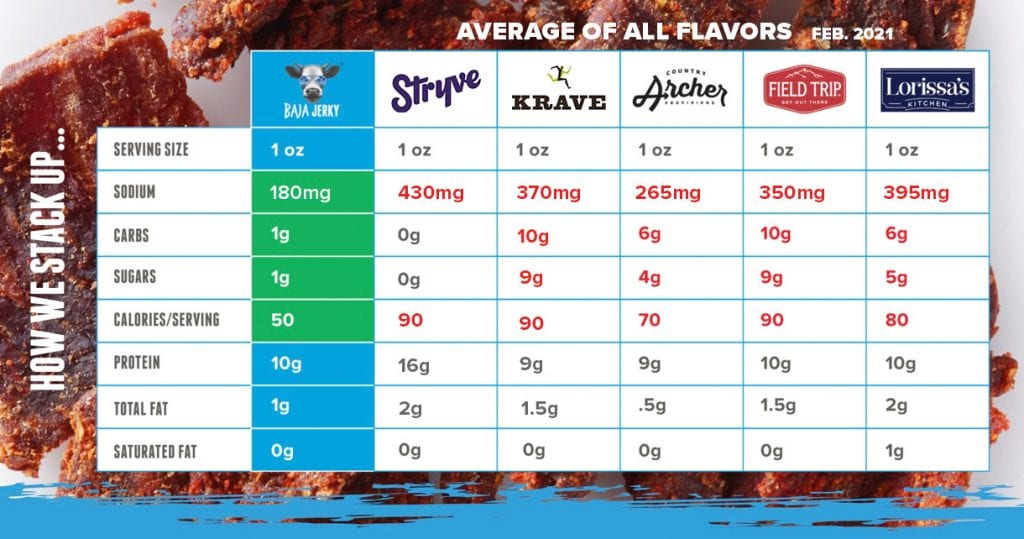 Zooming out for a quick sec, having low sodium levels in beef jerky isn’t just any old achievement. Jerky tends to be super high in sodium because the ingredient acts as a preservative, which as we all know, is very much needed for a snack that generally sits on the shelf for a little while. Although sodium is useful for preserving dried meat snacks, when eaten in excess, it can have a variety of negative health effects.

According to Health.gov, nine out of ten Americans eat more sodium than they need. This can generally lead to higher blood pressure, which can ultimately increase your risk of having a heart attack or stroke.

We all want to live a healthier life, but that doesn’t mean we should have to check the nutrition facts of every single thing we buy at the grocery store — who has time for that?! The better alternative is to find a brand you trust. Find a brand that looks out for you and your health, so you don’t have to. Find a brand that is blazing the trail in their category for health specs… find a brand like Baja Jerky. 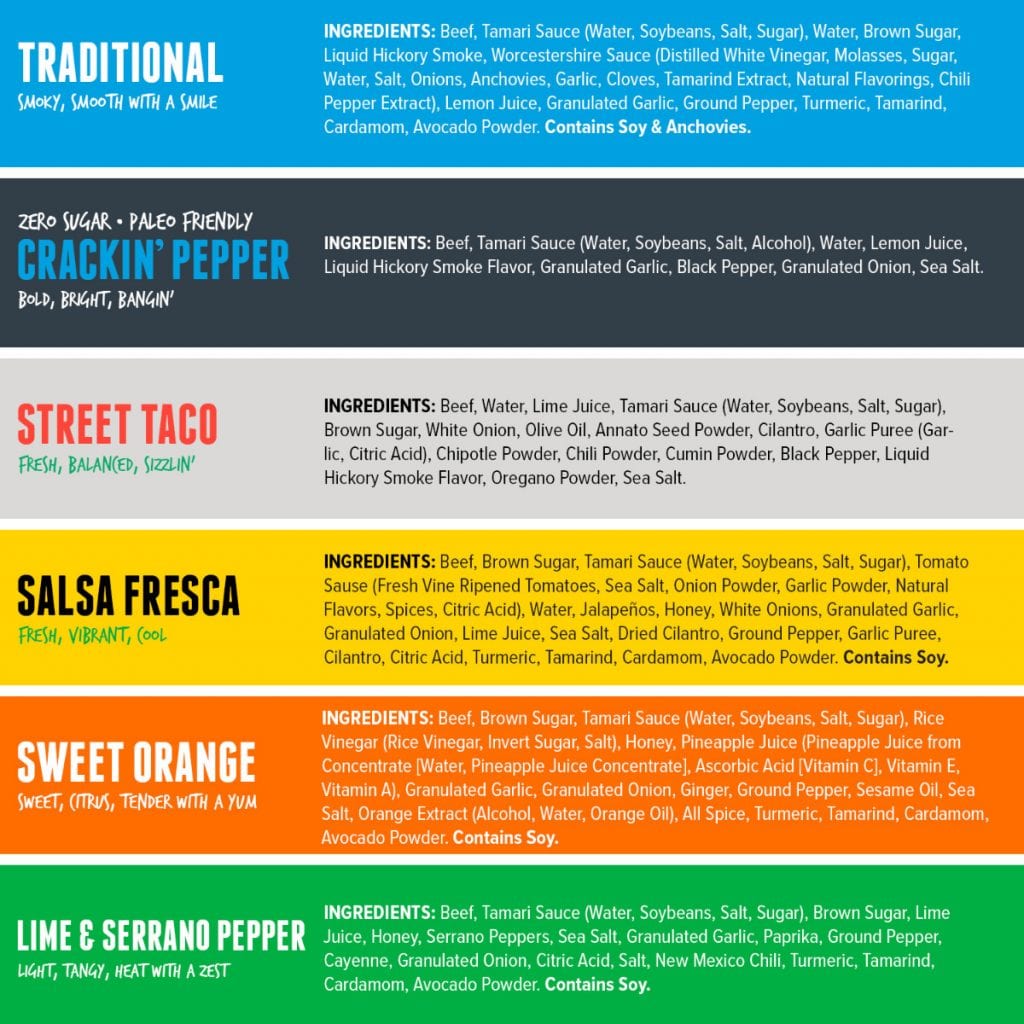