The King of the Hammers, held each year in Johnson Valley, CA, is an off-road race that mixes desert terrain with rock crawling. So not only do drivers have to face the challenges that come with the desert landscape – such as water crossings, mud, and slippery slopes made up of super fine grain sand – but drivers of the KOH also have to be prepared for rock crawling, an extreme form of off-road driving.

The King of the Hammers was first planned just over ten years ago by two guys at a bar writing their plans on a napkin… What started off as a “chance to have some fun” with only 50 drivers has now transformed into a super popular race with nearly 750 drivers!

The vehicles that race in the King of the Hammers are known as Ultra4 vehicles, which can reach speeds of up to 100mph for the desert sections but still contain gear ratios of 100 to 1 or lower for the technical portions of the course. And although the basics of each Ultra4 remain constant between drivers, each team custom fabricates their own vehicle, adding in mods to make their engine stand out. 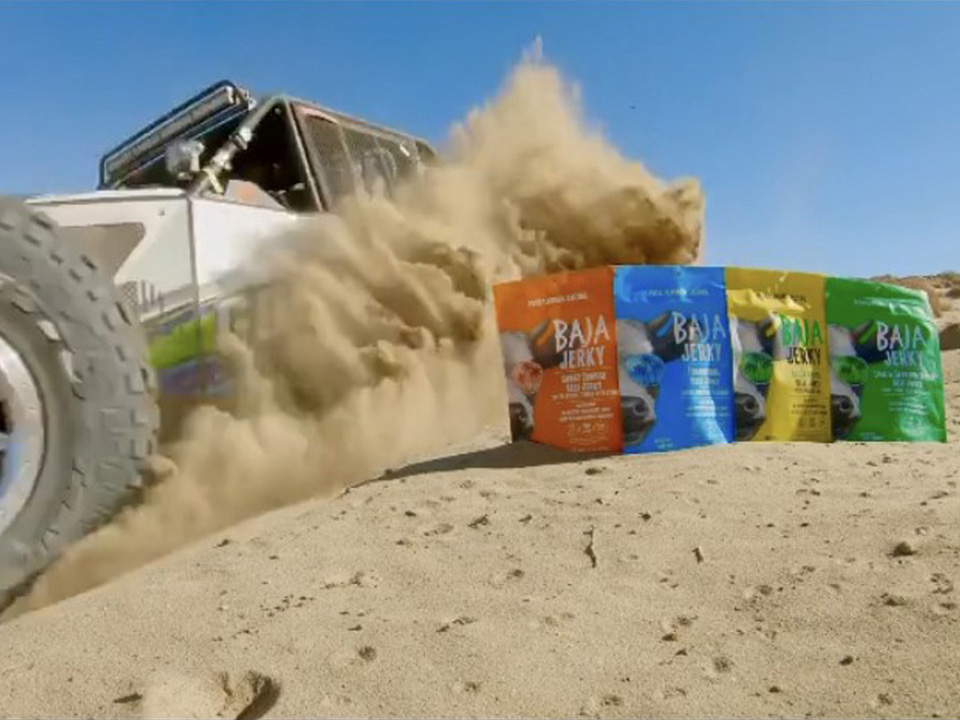 This year, Baja Jerky sponsored Class 11, which had 14 stellar racers going head to head. Made up of stock Volkswagen Beetles with major modifications, Class 11 is the most grueling of all off-road vehicles. We also sponsored the Class 11 pit crew challenge, which featured two pit crews going head to head to recreate a pit stop.

Johnson Valley, just outside of Big Bear and Yucca Valley, turns into what spectators have dubbed “Hammertown” due to the massive traffic the week-long event brings into town. And this year, not only did thousands of spectators join in on watching the nail-biting races all week long, but they also got to try the best jerky in the world… Baja Jerky!

In addition to sponsoring the Class 11 race, we had a massive tent set up – of course in the bold, bright blue that makes Baja Jerky so recognizable. We had SO much fun handing out our delicious snack to both racers driving by in their monstrous vehicles and spectators looking to satisfy their cravings. See you next year, KOH!