Bisbee’s Black and Blue tournaments have been a staple on Mexico’s Baja Peninsula for over 30 years and have grown & developed with each passing year. What started as a relatively humble fishing tournament made up of just six teams has transformed into a multi-million dollar competition that attracts fishers from all across the world.

The tournament was started by a California native, Bob Bisbee, in 1981 and is now the largest independently run big-game fishing tournament in the world. Situated on the East coast of the Baja Peninsula, the Black & Blue is “five days of organized chaos full of hard-core excitement” as described by the Bisbee’s official website.

Marlin, tuna and dorado are all on the scoreboard, but it’s more than the big-game fish that attract both participants and viewers to Bisbee’s. With the bustling city of Cabo as the back-drop, all types of visitors can shop, party and eat right along the white sand beaches. And of course, viewers watch in awe at the size and weight of the fisher’s finds.

This year, the Baja Jerky Salsa Fresca boat was led by Brant Crenshaw, captain of the Baja Jerky fishing team. His excellent crew consisted of Chris Culver, a waterman, experienced dangler and SoCal native; Dave Trailer, a professional at everything water-related from fishing to diving; and Josue Moreno, a Cabo local with inside knowledge of the area. 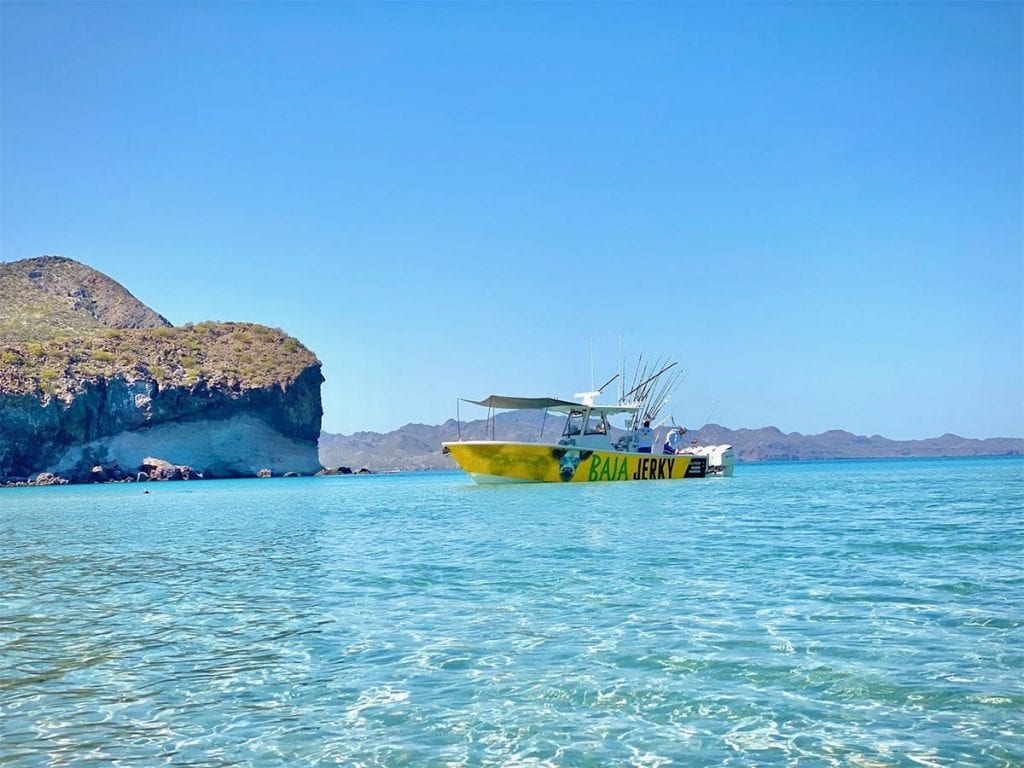 The team was out on the water at the crack of dawn every day, getting their bate ready for the big chompers ahead. But despite the relentless preparation and over $4.6 million in prize money on the line, there were no fish caught across the 127 teams registered. Although the entrance fee was returned to all the teams instead of reward to one winning team, every individual that participated in Bisbee’s Black and Blue 2020 went home with a huge smile on their face. 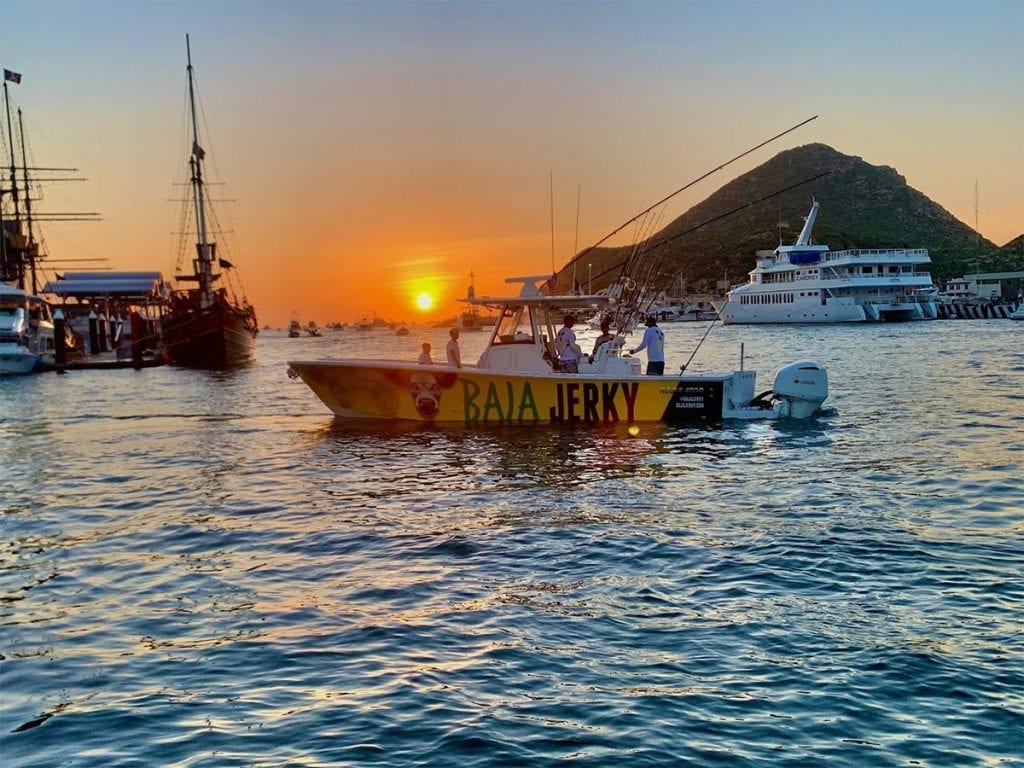