We are super stoked to welcome a professional, multiple-Michelin-star-awarded chef to the Baja Jerky lineup! Brandon Rodgers joins us from some of the best restaurants in the world, where he and his team gathered an impressive four Michelin stars. Having traveled all across the world, Brandon’s addition to our team adds a new perspective and expertise from various culinary genres.

Brandon’s interest in cooking was first sparked by his high school job as a cook at a local casino. He was immediately inspired by the high-energy team environment in the kitchen and the creativity required to be a successful chef. After cooking in various casinos and attending college, Brandon’s involvement in the field ramped wayyy up. He was selected for a global competition as the sous-chef representing the U.S. in a French competition called Bocuse D’or a.k.a. the Olympics of culinary competitions.

Brandon’s travels to France, South Korea, New York, and more, ended up bringing him back to the West coast – right where he started – to settle in Napa Valley. He spent over a year at The French Laundry which at the time was considered one of the top 5 restaurants in the world. He left to open a new restaurant in San Francisco with Corey Lee. Brandon quickly worked his way up to becoming the chef de cuisine (essentially the head of the restaurant in culinary terms) at Benu, which is often voted as one of the top 50 restaurants in the world. During his time there, he helped the restaurant gain three Michelin stars – the highest accolade a restaurant can achieve. Also, while in San Francisco, Brandon opened as the Chef de Cuisine of In Situ, which is located in SF’s Museum of Modern Art. There, he managed various recipe submissions by some of the best chefs from around the world for their chance to be featured on his closely curated menu. No matter the type of food or the genre of the restaurant though, Brandon’s focus has always been to make people happy through food. He says that he loves to cook because it presents, “endless opportunity to create something that people love”.

And if all those accolades weren’t enough, Brandon has also been nominated for the James Beard award “Best Chef of the West” two years in a row. He also won Iron Chef’s Battle of the Octopus! What can’t Brandon do?!

As for Baja Jerky, we’ve already seen Brandon’s skills help to refine and round out the unique flavors that we love so much. He views working at Baja Jerky similarly to working in fine dining, where the main goal is to create such a delicious experience for guests that they need to come back. His knowledge, attention to detail and creativity within the culinary world are going to bring our jerky to a whole new level. Oftentimes, as companies grow larger, they start to forget about the quality of each individual product, but with Brandon on our team, there’s zero chance of that happening. And with his creative mind thinking outside the box and helping us navigate through the culinary world, “the sky’s the limit for us”!

On a personal note, Brandon has three kids and one on the way. Outside the kitchen, he loves spending time with his family and getting in some exercise when he can. His favorite flavor of Baja Jerky has yet to be released, so keep an eye out for some deliciously spicy jerky… 😉 Welcome to the team, Brandon! 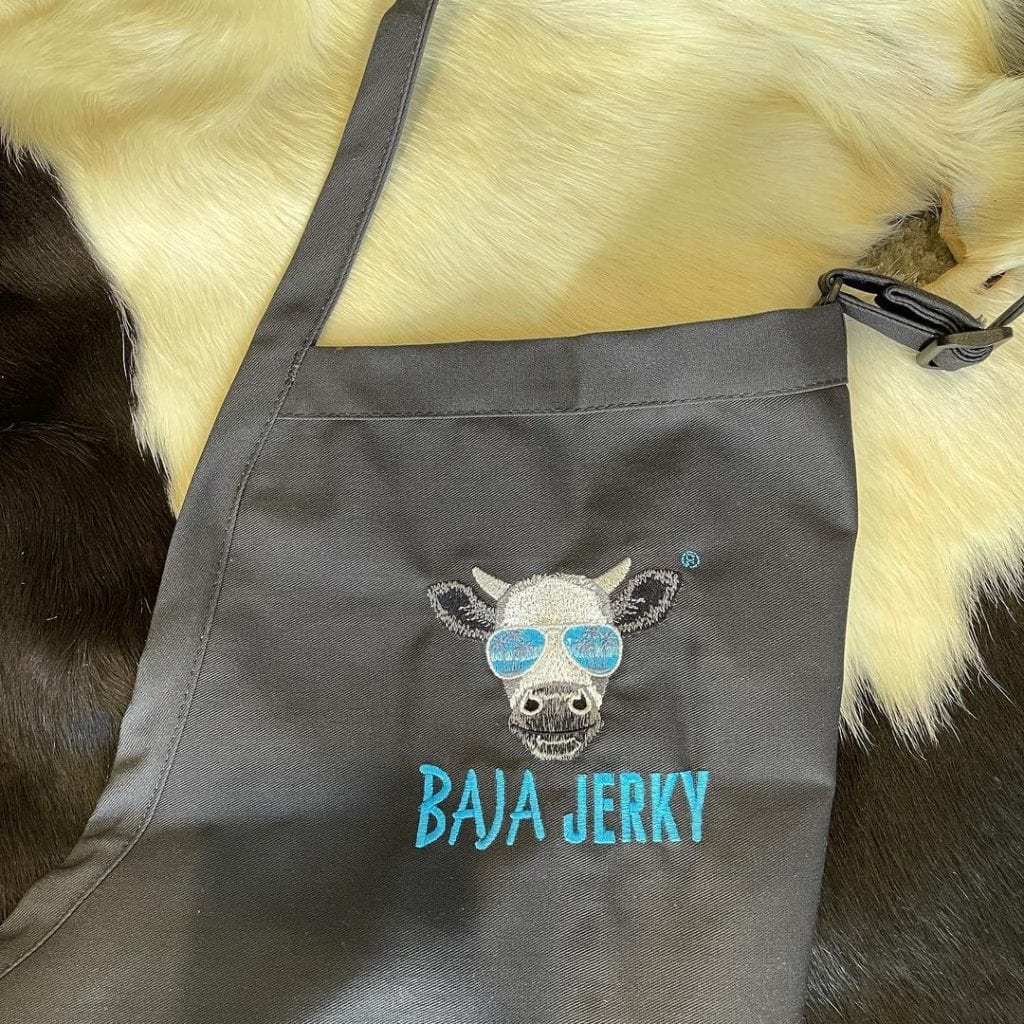